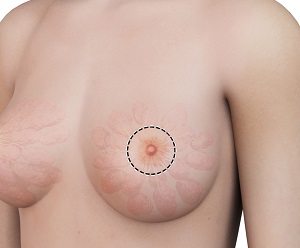 What are Breast Nipple Changes?

The above symptoms may be due to benign or malignant tumours but can be confirmed only by a medical test.

Paget’s Disease of the Nipple

Breast cancer occurs in men too, but the number is low compared to women. Do not neglect the following symptoms and call your doctor if these symptoms exist:

The colour of the nipple discharge may or may not always give an indication of what disorder you are suffering from, but basic knowledge of the discharge is necessary for early detection and treatment.

Milky White discharge: Usually, milky discharge occurs from both breasts. Other than lactation, a milky discharge may be due to certain medications or hormonal imbalance. One of the reasons may be a tumour in the pituitary gland (a gland which controls the regulation of all the hormones in your body).

Sticky and Multicoloured discharge: This usually occurs in women nearing their menopausal stage. If neglected, a mass may develop in the breast, but usually, it is not a cancerous mass.

Purulent discharge: This is nipple discharge which contains pus. It occurs due to mastitis or inflammation of the breasts due to infection and is common in breastfeeding women.

Watery, Bloody, Serous and Serosanguinous discharge: This type of discharge may be due to a benign tumour or malignant cancer. It may also be due to fibrocystic disease or duct ectasia (mastitis).

Abnormal changes in the breast, nipples or areola should be evaluated by your physician for proper diagnosis and treatment.